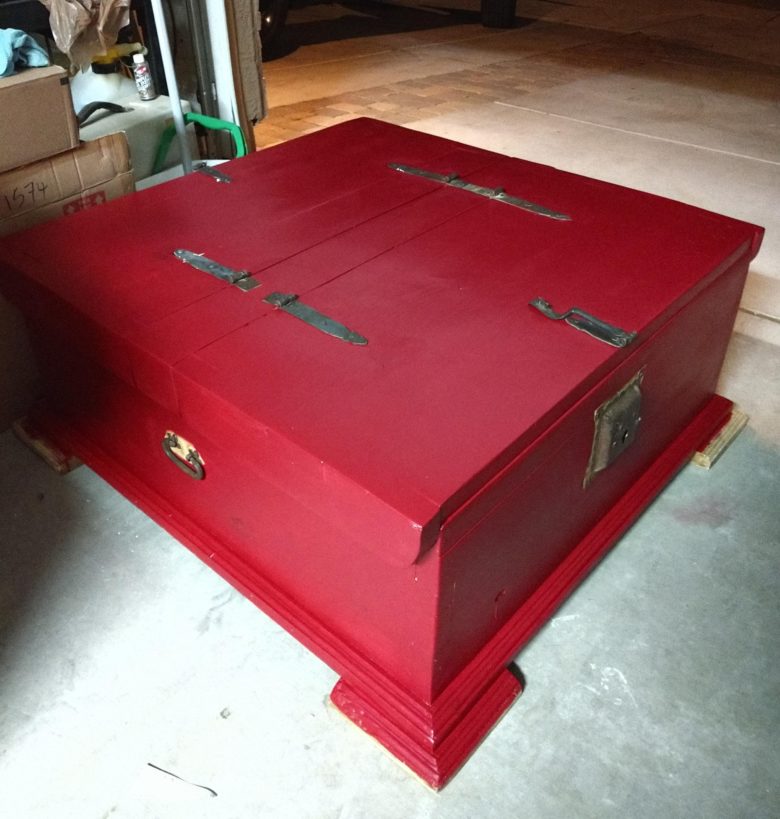 As I near the completion of the major renovation projects, it’s time to start thinking about adding a pop of color to the space. At the moment it looks like I merely replaced all the drab brown with dreary gray. The walls are various shades of gray paint, gray wood, grey tile, and the flooring is a gray vinyl. If it’s not gray, it’s white. And I’m completely okay with this, as now I can add color in with the furniture and decorations, but my design skills are hit or miss. However, I’m getting inspiration from a cow. More on that later. 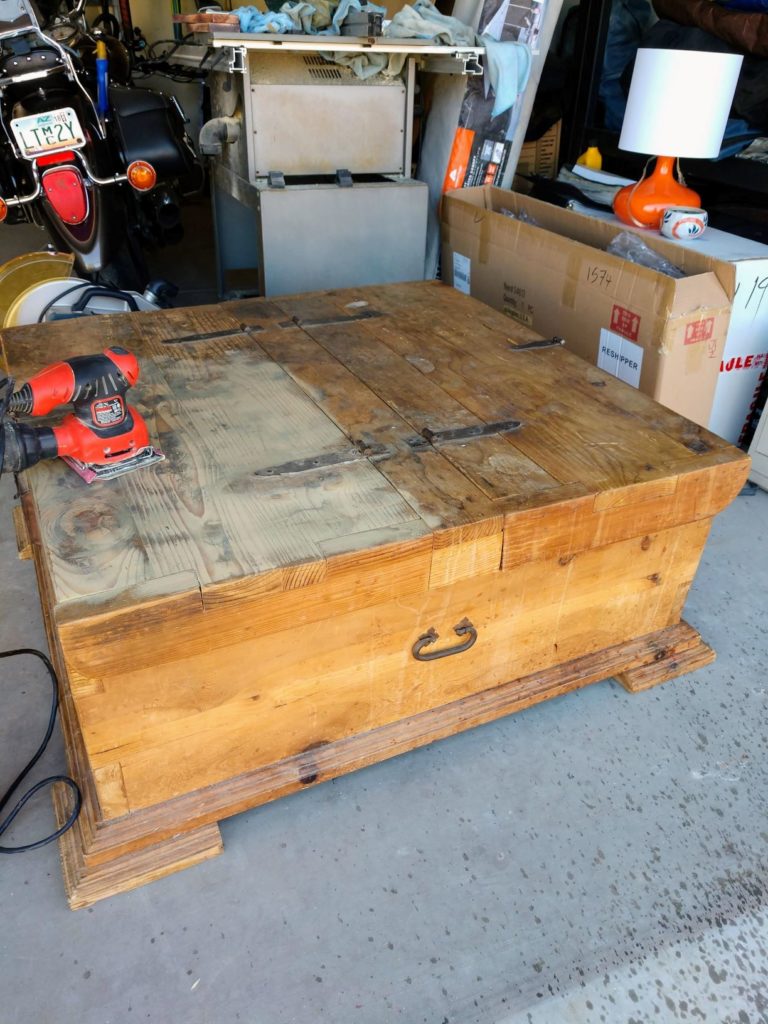 The only thing we bought new were the couches, a sofa/dining table, and a cow. Hold that thought. Everything else is a project or thrift store find, kind of like the 20 year old wall bed – not thrift store, but renovated. I’m currently working on a $20 coffee table project. I can’t believe I bought this thing on OfferUp for only $20, and it reaked of cigarette smoke. You can tell from the original color that it was in a house with cigarette smoke for a long time. It’s so discolored. It’s also good that I planned to paint it instead of stain it because it had some pretty bad stains on top. I would have been sanding for days to get those out.

I was able to sand it down fairly quickly and put a first coat of red paint on it, as you can see in the top image. I filled in some of the bigger cracks with some paintable caulk, but after the first coat of red I filled in a few more that I missed. Now I just need to paint closer around the hardware and add a second coat, and it’s ready for prime – center stage in the living room. It’s super sturdy so it will hold up to being a foot rest and a seat if someone so chooses. 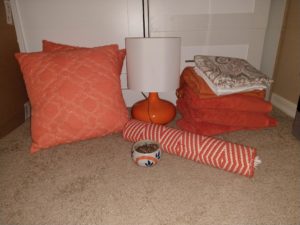 I also found a cute little orange lamp on OfferUp, and when I went to pick it up, the seller had a bunch of other orange decor I couldn’t pass up. So I left with a complete orange bathroom set (shower curtain, towels, bath mat), orange pillows for the couches, an orange throw, and a little orange planter. I really love OfferUp. You can always find something to buy on there for a good price. Hopefully it’s something you actually need.

I’m currently shopping for orange or red curtains. We haven’t decided on which yet. I may have to buy both just to see which looks better. I have my eye on a overly expensive area rug that is beautiful, but I’m already thinking something with red would be better since the coffee table will be sitting on top of it. But then again, yellow might look good too. So many decisions. Who knew the hardest part would be decorating? I’m so not a decorator. 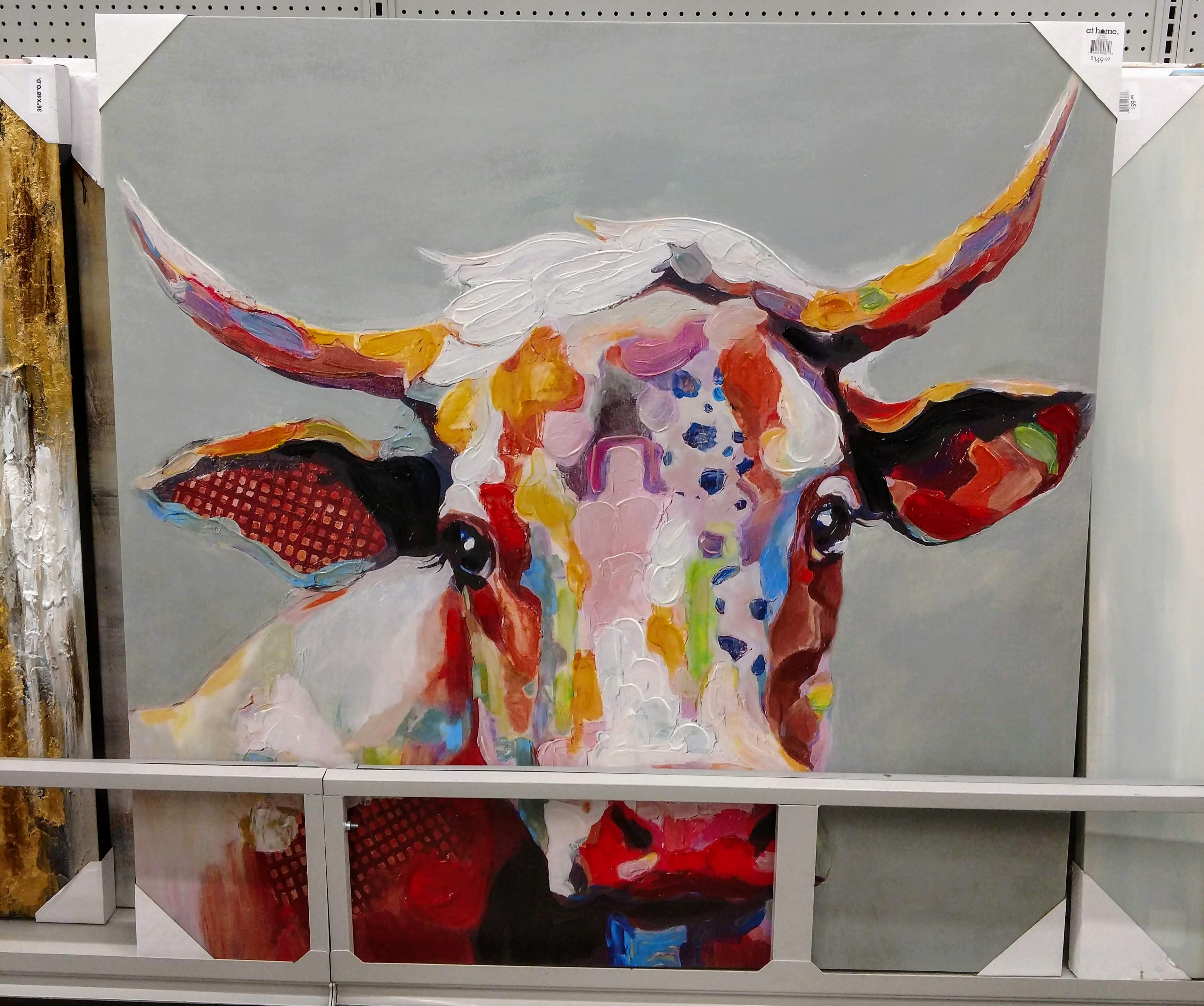 Which brings me to the cow. For some strange reason Cammie loves cows. It’s a strange affection, but anyway I found a cow painting in a store and thought, this is it. My design inspiration! I love the colors in this painting. Can you see the red? Matches nicely with the coffee table. The gray background matches. The orange. But most of all Cammie loves it. She says the cows eyes are speaking to her. If that’s true, I bet she’s says, “don’t eat me!” Ha!

Two weeks ago (Oct. 6th) while we were up in Happy Jack, there was a huge rain storm and it rained all night. We’ve been sleeping in the camper during the renovations, so we were all snuggled up and cozy in there all night. But we woke up the next morning to falling snow. It was beautiful, but I am not a fan of being cold, and snow is cold. I didn’t expect to have to be dealing with snow so early in the season. It was definitely a strange anomaly. 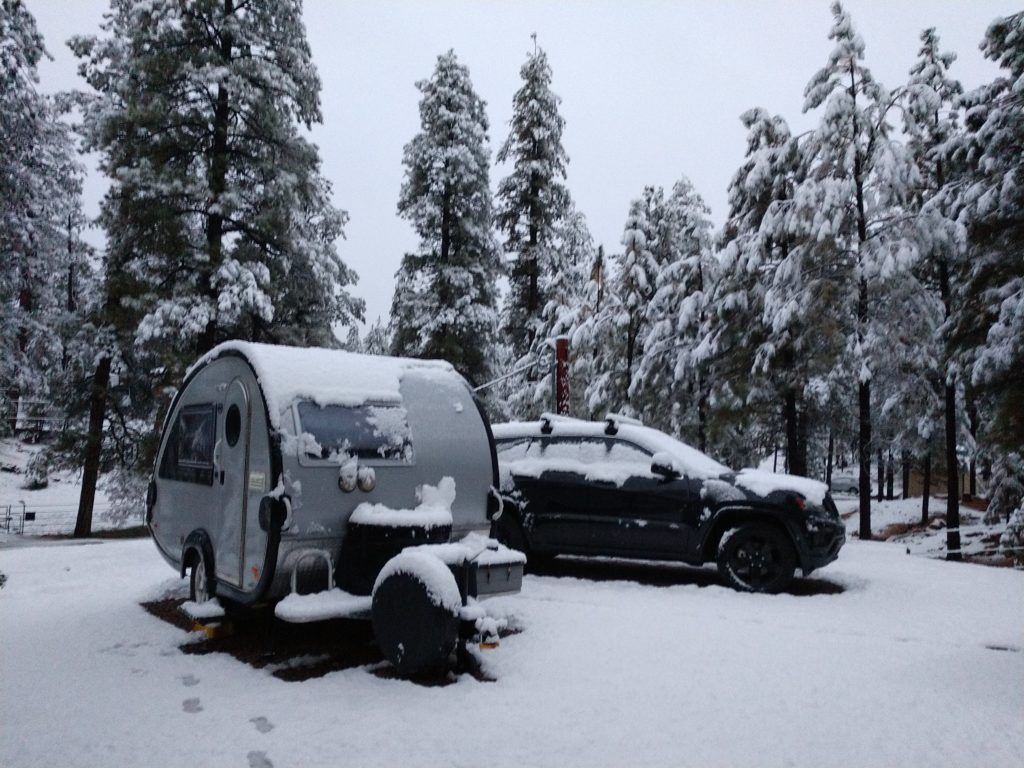 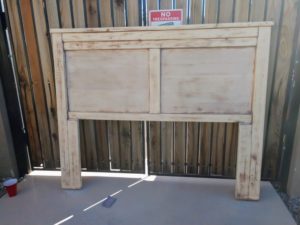 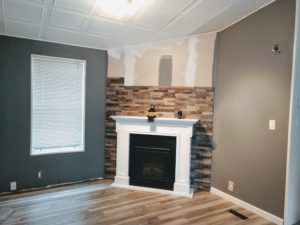 Running Out of Supplies Is Par For The Course For Me 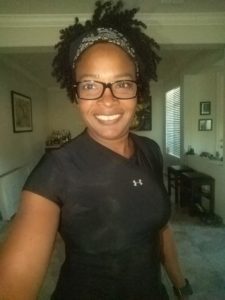